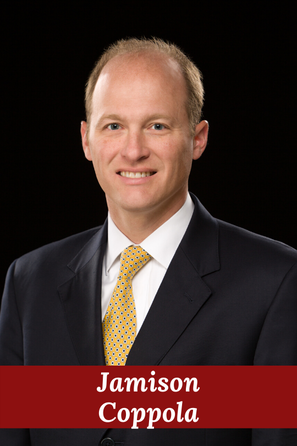 Jamison Coppola—Legislative Director, American Association of Christian Schools
Jamison Coppola directs the AACS Legislative Office and lobbying efforts on Capitol Hill in Washington, D.C. His desire is to be sincere follower of Jesus and to pursue excellence in education and work toward preserving the American ideals articulated by our Founders.
He received his bachelor’s degree in criminal justice in 1995 and his master’s degree in educational administration in 1997 from Pensacola Christian College. He continued on staff at the college for eight years, overseeing many aspects of the operation of the college. In 2005, the Lord moved Jamison, with his wife Jordana and daughter Jianna, to the ministry of Front Range Baptist Church in Fort Collins, Colorado, where he served as the academy administrator and as a board member of the Colorado Association of Christian Schools until August of 2013. He has experience presenting testimony in public hearings, communicating to lawmakers, regulators, and policy experts. He serves on the boards of several nonprofit organizations including a Christian college.
As the legislative director for AACS, he works with state and regional associations and partner organizations to inform member schools of important national and local issues and to influence the legislative process. He is responsible for working with federal legislators and conservative advocacy organizations in pursuing protection for educational freedom, the traditional family, and life issues.